CLI for the Fediverse

Jediverse is a command line interface for the Fediverse allowing you to interact with your Pleroma or Mastodon instances. It is written in Java (you can stop laughing) but it is not all Enterprisey. It is just 1 main class and 3 third party jars: JSoup, Guava, and Gson.

What I use the most is stream-user and stream-list. The audible notification is handy. All functions are lists in the help file along with YouTube demos. 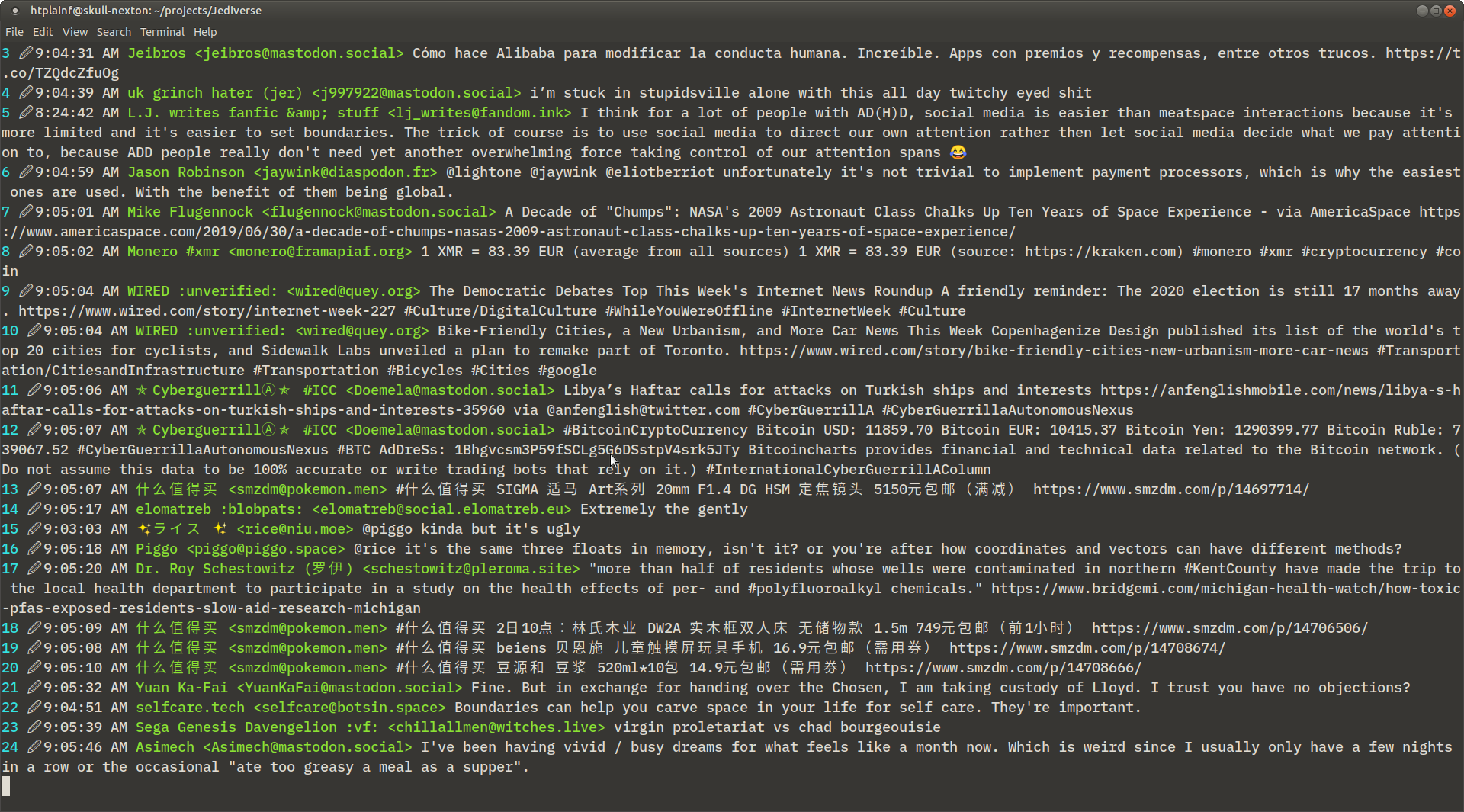